By reclassifying tumors, scientists are finding a path to genuine cancer cures. Here’s an overview of the most promising technologies in immuno-oncology. 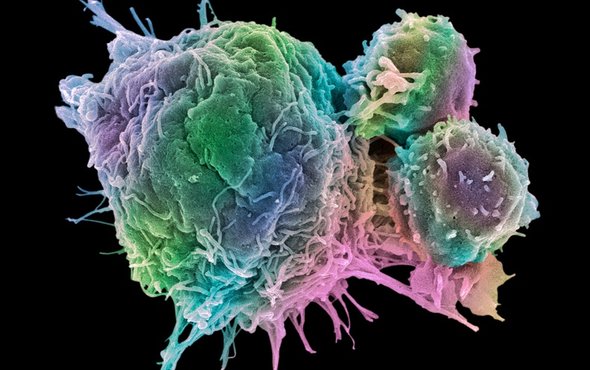 Oncology is leading the way in the development of personalized medicines. Over the past two decades, the field has started to move from chemotherapy and radiation to targeted monoclonal antibodies and, now, to therapies that activate a patient’s own immune system to fight cancer. According to a report by the industry group PhRMA, almost 250 immuno-oncology medicines and vaccines were in development in 2017.

Advances in diagnostics have driven much of this progress. Rather than simply identifying a cancer by location or tissue type, researchers now use advanced molecular profiling tests to characterize tumors, the proteins they express and the novel mutations they develop — known as neoantigens. “Cancer is like a person’s thumbprint; each person’s cancer is uniquely theirs,” says Bill Hearl, CEO of Immunomic Therapeutics, a clinical stage biotechnology company developing a nucleic acid immunotherapy platform with the potential to treat cancer, allergies and animal health issues.

New ways to characterize cancers have led to different treatment approaches. In 2017, the U.S. Food and Drug Administration (FDA) approved the cancer drug Keytruda (pembrolizumab) for a range of solid tumors that are either microsatellite instability-high (MSI-H) or mismatch repair deficient (dMMR). Keytruda is the first approved drug that targets tumors with specific biomarkers, rather than based solely on their tissue origin (i.e. breast, lung, or colon). This precision promises to be a guiding feature of cancer treatment going forward.

The past eight years have been a particularly optimistic period for immuno-oncology. In 2011, the FDA approved the first checkpoint inhibitor, and four others, including Keytruda, have followed. At least 50 more are in development. Checkpoint inhibitors are monoclonal antibodies that target certain proteins that downregulate the immune system, such as programmed cell death protein 1 (PD-1), programmed death-ligand 1 (PD-L1) and cytotoxic T-lymphocyte antigen 4 (CTLA-4). In healthy individuals, these immune checkpoints prevent autoimmunity, but many cancers exploit the same pathways to shield themselves from an immune attack.

“Roughly one in five cancer patients respond to checkpoint blocking antibodies. What’s exciting is that half of those have responses that last for many years,” says Drew Pardoll, director of Bloomberg~Kimmel Institute for Cancer Immunotherapy, Sidney Kimmel Comprehensive Cancer Center at the Johns Hopkins School of Medicine.

Beyond the rise of checkpoint inhibitors and modulators, engineered T cell therapies also reached some important milestones in 2017, with two approved for commercial use. In therapy, a patient’s T cells are removed and engineered to express chimeric antigen receptors (CARs), which specifically target proteins expressed by cancer cells. The engineered CAR T cells are then reinfused into the patient, where they seek out and destroy the cancer. The therapy has led to remission rates as high as 90% in children and young adults with B-cell acute lymphoblastic leukemia (ALL); however, the side-effects can be extreme and difficult to manage.

While CAR-Ts and checkpoint inhibitors are a reality today, many gaps in the medical toolbox remain. Only a fraction of patients responds to PD-1/PD-L1 drugs, and researchers aren’t sure why. CAR-Ts also have their limitations; they target specific proteins, but not all cancer cells express these and some healthy ones may. One of the key challenges ahead is learning how to better differentiate between healthy ‘normal’ tissue and harmful cancer cells. A number of immuno-oncology therapies on the horizon tackle this problem in novel ways.

In November, industry experts gathered in National Harbor, Maryland for a panel hosted by Scientific American Custom Media, Immunomic Therapeutics and Hope Connections for Cancer Support to explore the changing role of immunotherapies and the potential impact of cancer vaccines.

The simplest way to understand vaccines is as a training course for the immune system. They help develop immunity by imitating an infection, which causes the immune system to produce T-lymphocytes and antibodies. Once the imitation infection disappears, ‘memory’ T-lymphocytes and B-lymphocytes remember how to fight the disease in the future. Cancer treatment vaccines follow a similar path. They induce CD4+ helper T cell responses, which in turn activate cytotoxic T cells and direct them to recognize and fight specific types of cancer. They may also induce the production of antibodies that bind to molecules on the surface of cancer cells.

One cancer vaccine approach gaining traction relies heavily on neoantigens — mutations that develop de novo in rapidly-dividing tumor cells. At Gritstone Oncology, researchers pair deep learning with multi-omic profiling to characterize a patient’s cancer and identify unique antigens that aren’t expressed by healthy cells. Researchers then use these neoantigens to initiate a tumor-specific immune response. “With immunotherapy, we are creating a world where ‘cure’ is a word we can use,” says Gritstone CEO, Andrew Allen. “Melanoma is the best example of a tumor type with a lot of features that respond well to immunotherapies.”

Another company, EpiVax Oncology, bases its neoantigen approach on mutated tumor-specific epitopes, called T cell neoepitopes, which are recognized by the immune system as ‘non-self.’ Researchers use a unique, in silico predictive algorithm platform to select neoepitopes, which are similar to neoantigens, that can generate potent and specific T cell responses. Gad Berdugo, CEO of EpiVax Oncology, says that such therapeutic vaccines could be used in combination with checkpoint inhibitors or, potentially, as single agents. “The idea is that every patient will receive a unique cocktail of neoepitope-derived peptides, based on the genetic profile of a tumor, to generate a highly immunogenic and clinically relevant response,” he says.

Scientists are also breaking ground with nucleic acid platforms that have the potential to deliver cancer vaccines, for neoantigens and other targets. Immunomic Therapeutics’ investigative LAMP-Vax technology, for example, uses the body’s own surveillance tools to broaden and amplify the immune system’s response to cancer.

Early-stage data suggests the investigative LAMP-Vax technology works by fusing tumor antigens to a cellular protein known as LAMP (Lysosomal-Associated Membrane Protein). MHC I & II molecules then bind the antigen and present it to different arms of the adaptive immune system, potentially mobilizing T cells, B cells and natural killer (NK) cells. “The job of MHC-II is to educate the immune system about foreign molecules,” Hearl says. “LAMP brings the vaccine target right into MHC-II molecules.” By doing so, the investigational LAMP-Vax technology could trigger a wide-ranging, targeted immune response that benefits more patients than T cell or antibody therapies alone.

The company is assembling preclinical data to determine whether LAMP nucleic acid constructs can amplify and activate the immune response in highly immunogenic tumor types. Research is also underway to understand whether it can elicit a response against tumors that typically don’t provoke an immune attack. Immunomic Therapeutics is focusing on the possible application of LAMP technology in oncology after signing a $300 million deal with Astellas Pharma for the application of its platform for allergic diseases.

Within cancer immunology, researchers are also focusing on oncolytic viruses. The viruses infect and destroy cancer cells, and according to Matthew Mulvey, CEO of biotech firm BeneVir, the inflammation they create can induce a secondary immune response. As a result, the immune system, he says, “can identify antigenic differences between the foreign (tumor) and normal, and then go out and eliminate all cells displaying the foreign (tumor) antigens.”

Every new approach brings its own challenges, whether logistics, costs, or side-effects. But increasingly, recruiting for clinical trials is another hurdle. More niche therapies are in development, which means the potential pool of study participants is diminishing. “The real challenge here is creating more effective clinical trials and finding ways to get patients involved in curing their own diseases,” Hearl says. Today, just about three percent of cancer patients participate in clinical trials.

Education is an essential part of the solution. Most patients don’t know that in clinical trials new cancer therapies are tested against the standard of care, not a placebo. And often, the investigative drug will be offered to both the active and the control arms once the study is completed. Hearl suggests that doctors better inform and guide patients towards trials and emerging medicines that can impact them.

Cancer is an immensely complex and personalized disease. Most likely, the future of oncology will not rest on a single therapy but a precise combination of targeted drugs.

For example, Hearl says, “If you can weaken cancer cells through a small molecule treatment and then come after it with an activated immune system, you end up with a very effective one-two punch.”

As data-driven and combination approaches to cancer profiling grow, so too will a clinician’s ability to make strategic decisions about treatment. “It is redefining the data analysis that will likely allow us to identify the right treatment pathway for each patient,” says Lisa Butterfield, president of the Society for Immunotherapy of Cancer (SITC). “Is there an existing T cell response that is of high quality that we should build upon — with checkpoint blockade, for example? If not, then we should prepare a vaccine or autologous T cells expanded ex vivo, which will help create the immune response first. Lastly, we may need to alter the tumor biology with specific small molecules or viruses, then add or activate T cells, then block the checkpoint.”

There is a critical need for better outcomes. By 2030, there will be an estimated 23.6 million new cancer cases reported worldwide each year, up 68% since 2012, according to Cancer Research UK. As lifespans increase, so does the incidence of cancer.

For Hearl, “The ideal situation is that all of these things are working in concert and creating a total body response that’s an effective and long-lasting treatment for cancer.”