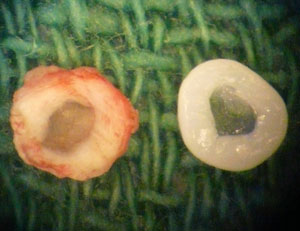 What’s the News: Researchers at Cornell University have now bio-engineered synthetic spinal discs and implanted them in rats. The implants provide as much spinal cushioning as authentic discs do, and improve with age by growing new cells and binding to nearby vertebrae, according to the study recently published in the journal PNAS. The research could someday help people with chronic lower back and neck pain from conditions like degenerative disc disease.

The Future Holds: The researchers are working on making human-sized discs using human cells. Bonassar says that they may be able to make implants using cadaveric disc cells or adult stem cells from bone marrow.